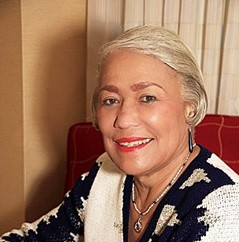 Dr. Omega Logan Silva served the healthcare community with honor and distinction. Throughout her career, she was a dynamic leader, the first female president of the Howard University Medical Alumni Association and president of the American Medical Women’s Association. One of her many board responsibilities was serving The Healthcare Council from 2000 to 2020. She was an advocate for universal healthcare and a committed supporter of the advancement of women in medicine. She believed strongly in the purpose of The Council, supporting collaboration, cooperation, and education.

Though she began her career as a chemist at the National Institutes of Health, the bulk of Silva’s career was spent as a physician. After her endocrinology fellowship, she took a professorship at George Washington University; in 1977 she took a concurrent post at Howard University, becoming a full professor at both institutions in 1985 and 1991, respectively. Her research focused on cancer, and she discovered the secretion of calcitonin in small cell carcinoma of the lung in humans. Dr. Silva was elevated to a Mastership by the American College of Physicians in 2003. She was a diplomat of the American Board of Internal Medicine and the Board of Endocrinology and Metabolism. She received the Foremother Award by the National Research Center for Women and Families in 2010.

This scholarship, in her memory, honors her years of service by continuing her advocacy for the advancement of women in her chosen field of medicine. Dr. Omega Logan Silva began her graduate medical education in 1967 with the first group of interns in internal medicine at the Department of Veterans Affairs Medical Center in D.C. She became a Fellow in Endocrinology in 1970 and started a research career in the VA’s laboratory as the first African American woman Research Associate in the Department, advancing to also become the first African American Clinical Investigator doing work on the hormone calcitonin. Dr. Silva and her collaborators were the first to describe the production of calcitonin from small cell carcinoma of the lung in humans in 1974 published in the New England Journal of Medicine. As the Assistant Chief of Endocrinology, she ran the Diabetic Clinic from 1977-1996. She was professor of Oncology at Howard University College of Medicine as well as a Professor Emeritus of Medicine at George Washington University. Prior to her death in 2020 she served The Healthcare Council Board for over fifteen years.

In honor of Dr. Silva’s commitment, passion, and support of economically disadvantaged women interested in pursuing a career in healthcare, The Healthcare Council created the scholarship to continue her legacy. 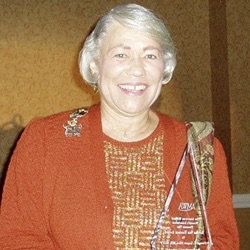 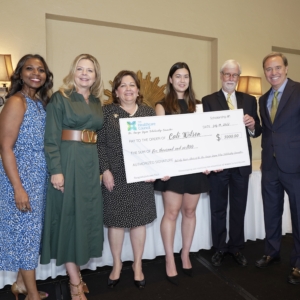 The first scholarship helped raise a significant amount towards awarding the first-ever recipient of the fund which was presented at our annual Employee of the Year Awards Luncheon on July 14, 2022.

Cali Wilson, a junior majoring in Public Health at The Johns Hopkins University was named The Healthcare Council’s very first Dr. Omega Logan Silva Scholarship recipient. The scholarship initiative was established as a way to commemorate our 75th Anniversary.

In Cali’s words, “I have discovered I have an innate desire to help others and I have found merit in knowing that I succeed by helping others around me succeed. Obtaining this scholarship will lessen the economic burden and allow me to focus on achieving my career aspirations.”

We wish Cali all the best as she continues her studies and fulfills her dreams of working in the health care field. 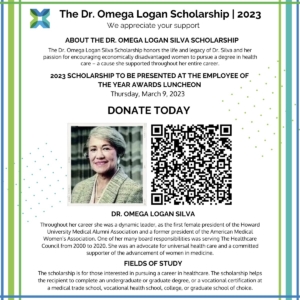 Applications are now being accepted for the 2023 Dr. Omega Logan Scholarship. All applications must be received no later than February 1, 2023. Finalists will be interviewed in early March and the winner will be presented with the scholarship at The Healthcare Council’s Employee of the Year Awards and McNulty Award Luncheon on Thursday, March 9, 2023 at the Congressional Country Club in Bethesda, Maryland. To access the application click on the next tab.

Apply for the Scholarship
Thank you for your interest in applying for the 2023 Dr. Omega Logan Silva Scholarship. We look forward to reviewing your application. Please note that proper selection criteria may include but are not limited to:

Contact Les Pitton at lpitton@healthcare-council.org should you have any questions.

To make a donation towards the 2023 Dr. Omega Logan Scholarship, please click here.